Super Tuesday: It's Not Just Another Day


Super Tuesday is the biggest day of the 2016 primary season, with 13 states and one territory participating.

So, voters in  Alabama, Alaska, Arkansas, Colorado, Georgia, Massachusetts, Minnesota, Oklahoma, Tennessee, Texas, Vermont, Virginia, Wyoming and American Samoa...if you do not utilize your right to vote based on your convictions tomorrow, please don't complain when the country takes a hard left if you were absent from the polls. Simply hoping the outcome that our nation would turn right even without your input is lazy.

If the same number of Christians stay home as did in the last election...where is the country headed? Your voice matters, vote. 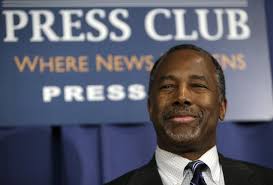 Polls open in less than 24 hours.
The Freedom given to you (if you are in one of the 13 States and one territory that make up this pivotal group of voters) is just that... a freedom. However, I see it as a very important obligation.  The next President of the United States (according to Dr. Ben Carson who spoke at the NRB Proclaim16 Presidential Forum on Friday Feb.26th, in Nashville)
"...Will be in a position to appoint between 2-4 Supreme Court Justices and if Hillary Clinton or Bernie Sanders are elected, the U.S. as we know it could be lost forever!"
Carson also took a moment to mention a "hero" of Hillary Clinton's:

“You know, when Hillary Clinton comes on and says that Margaret Sanger (Founder of Planned Parenthood) is one of her heroes, wow, that really makes me wonder what kind of person she really is.” Carson said.

Ted Cruz also participated at the NRB hosted Presidential Forum which was moderated by Eric Metaxas with Journalist and Founder of NumbersUSA, Roy Beck, and Star Parker of the Urban Cure on the panel. 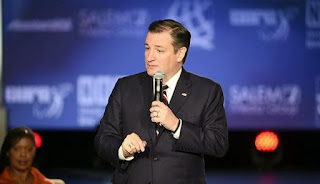 I had the opportunity to be in the press room and attend the forum.  Mr. Cruz vowed that if elected President he would "defend the constitution of the United States" wholeheartedly.


Please pray and ask yourself who best aligns them self with your worldview and has the skill, wisdom, and ability to take this country into the next 4 years.


Again let me encourage you to Vote. Reschedule, regroup, rethink, resolve but don't resign! Please rethink whatever excuse you may give not to go vote, shy of physical incapacitation, please do not give up this fundamental right by simply choosing not to show up and be heard.