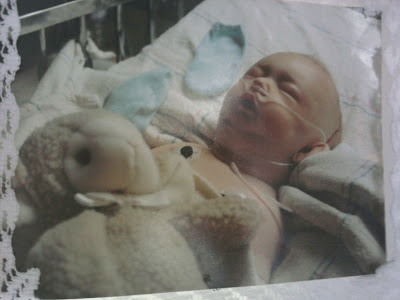 There is a saying that goes...


I was thinking about this today.

What do we focus in on that brings distress?

Our own self. Our situation, our finances, our fears, our needs and desires.

What do we focus in on that brings discouragement?

Both of these options are riddled with sin. Jealousy, fear, anger, resentment, covetousness and many more ugly attitudes show up when we forget to focus on God.

When our third child was born, the doctors diagnosed him with a condition that would require a complete cranial reconstruction called a craniotomy. Or, to put it in terms that helped me understand at the time, his skull needed to be taken apart and put back together again or he could suffer deformity, brain damage or death.

A series of struggles and miracles lead us to The Phoenix Children's Hospital and on April 5, 1993, little Joshua underwent that very dangerous surgery. I have many stories of God's provision, strength and help during this time but I just wanted to share a part of this with you today, the trip home from the hospital.

After 14 days and several critical moments in the hospital later, Joshua was released to go home to Kansas. Richard, my husband, had already returned home several days ahead of Josh and I to care for our other two children back at home.

I packed our belongings from the Ronald McDonald House in Phoenix and dropped the car off at the rental return outside the airport.
I am a pretty tough girl at times but, I had not really considered the logistics of wrangling a 4 month old baby with 44 staples in his head, a car seat, a stroller, a diaper bag, medical supplies, and 3 suitcases by myself in a strange airport.
Of course the flight was scheduled right about the same time that the baby needed to eat and he was still a nursing baby. So there was crying involved now...mine and the baby's!

By the time I made it from the parking lot to the building, I stepped into the airport lobby to hear them calling for boarding of our flight home. The baby still needed to eat and crying was still involved.

We had just been through such an amazing ordeal during and after the surgery as we witnessed countless blessings of God not only to our family but to others staying in the hospital as well. Joshua's prognosis was very good. We were granted new life. Some of the families we met would never leave the hospital with their children. Our son would recover.

I knew the God of  faith, hope, courage, strength and healing.

Why, then, had I taken only a few steps inside the airport (and it was very evident I was struggling) before I became discouraged?

People passed by staring at the Frankenstein looking baby with the staples in his head. One man tripped over the woman in front of him cranking his neck around as he kept staring at Joshua's head. Yet no one was asking if they could help me. I actually said to one man, "What are you lookin' at?"

I was thinking how I would have tried to help if I had noticed 'Me'. I thought how Richard was a quiet hero to several families at the hospital during our stay. He always noticed if someone needed help and jumped right in.
He ministered to so many during our hospital stay. From buying a pair of shoes for a barefoot teenage mother that brought her baby from Four Corners in an emergency helicopter and she did not have time to get her shoes, to being the only one (including some of the medical staff) brave enough to turn Joshua's head every hour to make sure he did not suffocate from the swelling the first four days.

You see, your hand would squish into his skin like you were squeezing playdough and it was upsetting to know he might be hurting from being moved. But Rich was available and with tears in a daddy's eyes he would faithfully turn Joshua.

Sometimes Rich just made sure the nurses had something to eat during a couple of long shifts. Did you know sometimes pineapple and ham pizza is pretty good at 3 in the morning if that is all that is available and you have not eaten in two days? He looked around and met needs and I just expected others to do the same for me in that airport.

I saw mothers with healthy babies walk by and I felt as though it was unfair.

I saw the guy on the golf cart thingy (yes it's a word) stop to pick up one woman with only one suitcase; and it even had wheels! Why did she need help?
-No fair!
-Was I invisible?
-Why didn't they help me?

This tough girl from Oklahoma who had faced many tough situations from selling advertising to boardrooms full of stoic executives to caring for two sick children and keeping a house running while 9 months pregnant, was not usually discouraged.
So why then, did this 'strong-chick' 'mother-of-three' 'never-met-a-bump-in-the-road-she couldn't-climb'...drop everything in her care (except the baby) sit down on her suitcase and cry helplessly in a airport full of strangers?

Where were my Wonder Woman Wrist Bands when I needed them? 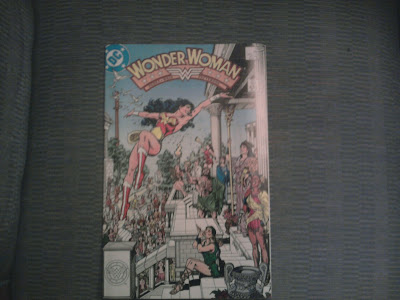 Why was I now crumbling in the middle of the Phoenix Airport.

Because I had taken my focus off of God.

I was focused on me.

I was focused on what seemed to me to be impossible, which was getting through an airport alone with a sick child to make my flight home where I desperately wanted to be.

Joshua had been crying for several minutes and so had I, when I had realized I would have to miss the flight so I could feed him. But after a few minutes of self pity I noticed how well his little head looked now. How he seemed to settle down and become content. He had never looked in a mirror. He did not know he looked like Frankenstein and should be in pain.

He looked up at me and smiled so sweetly.

His focus was not on himself. And this little baby that looked pathetic on the surface was perfectly content.

"No! You, Mighty God, did not let me witness your miracles for these last weeks to sit here in a pile of pity!

You are my God and my ever present help in times of trouble...this is trouble...I want to go home. PLEASE HELP ME!"

That's when a sweet young woman tapped me on the shoulder and said, "Can I help you?" I told her my situation and she just HAPPENED to be one of the flight attendants that would be on my flight. She was making her way back to the gate when she saw me. She told me that since the baby needed to be fed to follow her. She led me to the hospitality room the flight crew usually utilizes.
She radioed ahead and told the pilot we were holding boarding for an important passenger. Wow!
I never even asked her name. I bet it was Angel or Hope, or maybe Grace. For the next 15 minutes she made sure no one interrupted us.
When I began to focus back in on the God that gave Joshua to us, the God that lead us to the right medical help, the God who loved me and knew everything about my circumstance, I was not distressed or discouraged any longer. What a delight He was to me and what a delight that young woman was as she continued helping us for the rest of the day until we made it home.

I want you to know that not everyone on that flight was "delighted" for the crew holding the plane so we could board. I had some pretty disgusted stares coming my way as Joshua and I got on the plane.

Sometimes in life, people will stare at you.

Sometimes, no one will step up to rescue you.

Sometimes the fact that you are important to God, is going to tick some people off.

Keep your eyes on HIM.
Despite the uncomfortable stares continuing, my attitude was no longer helpless and I was delighted to be on that plane headed home.

Joshua slept the whole flight home. What a blessing.

Joshua in now grown. Today is his birthday.
He is smart, funny, and he notices the needs of others. I think you would like him a lot. He is now 6 ft tall and strong. He is an athlete and he is big enough to carry me through an airport running if he had to make the flight! 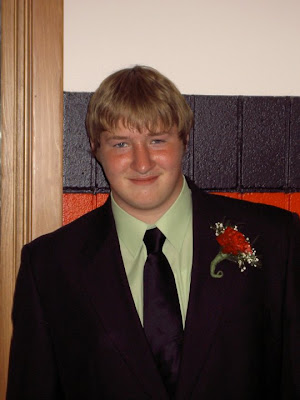 Thank you, Lord, for sending someone to help us. Thank you for helping my attitude get adjusted. You have always been my spiritual Chiropractor. I have  learned to ask for help a little sooner now than I used to when I have a pinched "life is gettin' on my Nerve" nerve.

So... you know I usually have a question for those of you reading this blog...

WHAT ARE YOU LOOKIN' AT? (Grammar police look away)

Micah 7:7
But as for me, I will watch expectantly for the LORD; I will wait for the God of my salvation. My God will hear me.