Neither Death Nor Life...

Some of us are sending our kiddos off to school this week. Some are relieved...some are not ready to let go just yet. Our youngest is -today-on his "Last First" day...a Senior.

As a mom...these are tough but important milestones.
May God bless and protect your littles, middles and bigs!

I am sending a story from the archives today...

This is about God's protection for our oldest son a few years back.
Thanks for reading and we will start our regular weekly post again in September.
Tell a friend...and keep sending us your stories of hope.
~Kathy

6:13 am? Are you kidding? I really was grumbling a little hearing Richard's cell phone ringing on a cold Wednesday morning in February. Didn't the caller know I had 12 wonderful minutes of sleep left in this warm bed before the alarm went off?

Even if I tried I couldn't get to the phone in time. So I pulled the cover up and rolled over.
A beep, indicating a message was waiting, naggingly chirped until I gave in and got out of bed. Thinking I really need to get an extension cord, I drug myself across the room to Richard's phone which was charging. 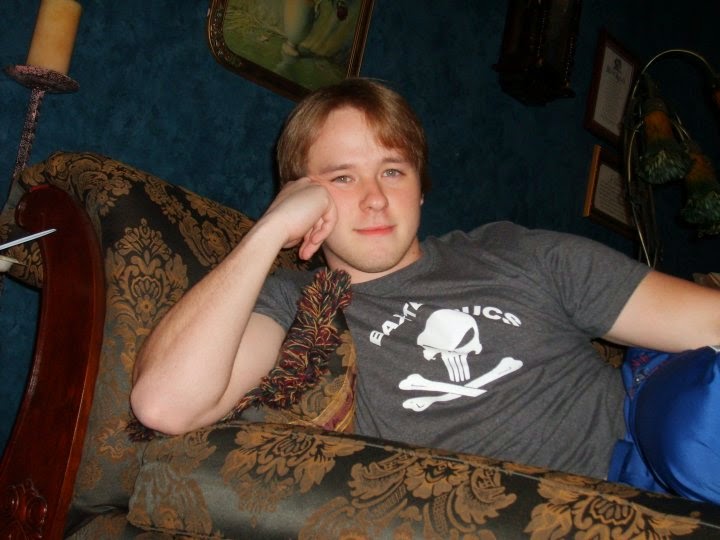 I yawned.
Suddenly my phone was ringing back across the room on the night stand near the bed.
The caller ID read “6:24 AM ...Jacob”.

I answered the usual “Hi honey” to which Jake responded,

And with that, I now knew two facts.
An ice bucket of the unknown was dumped on my head abruptly sending adrenaline and fear through my body. I was now wide awake, and shaking.

Dialing Jake's number I only knew fact #1 was valid. The call went straight to voicemail. Dial again. Voicemail! It was now about 6:28 AM.

Richard, my husband, was just finishing getting ready for work. Splashing on some cologne, he was ready to head out the door for his usual 45 minute drive North to Kansas.
Last I knew, Jacob was 90 minutes South, In Oklahoma City.

With tears streaming down my face I yelled frantically for Richard to come upstairs.

The panic on my face while pointing at his phone was all the communication he needed. He dialed his voicemail and listened to the voice of our son. Shaky and sounding confused, Jake told his dad in the message that he thought he was on Macarthur somewhere. He was cold. He was in the snow. 'There's a lot of blood on my face.' He finished the message with "Please help me"!

We called 911. We gave the scarce detail to the operator. Jake lived in Oklahoma City near Edmond. He would normally be going to work in a few minutes which was downtown, but he said he thought he was on Macarthur. Macarthur was West of where he lived in the opposite direction from his office.

The operator told us that the unusual fog that morning was to blame for an almost 40 car pile up on 1-40. We gave them the description of Jacob's car. We called all Oklahoma City hospitals. We waited. We got a call back from the Oklahoma Highway patrol telling us that Jacob was not found among the vehicles involved in the Oklahoma City pile up. We began trying to call anyone who might know where Jake was.
At around 9:30 we received a call from our daughter, Kaylee, who was a student at OBU in Shawnee Oklahoma.
She was at a hospital in Shawnee almost 40 minutes away from where Jacob lived.
Having been one of the last numbers on Jake's phone, someone dialed Kaylee's number and gave her Jake's location.
She grabbed her room keys and her shoes. Running barefoot in the snow the few blocks from her dorm to the Hospital in Shawnee, she was uncertain of the condition in which she would find her older brother. She only knew there had been a car wreck. It was a stranger that called her phone.

Jake was driving back to Oklahoma City early in the morning after spending the night with his good friends in Shawnee. Jonathan and Lisa had gotten married and were finishing up the last semester of school. Jake and Jonathan had the tradition of watching Lost together on Tuesday night when they were in school together. Missing his friends, Jake made the trip to their apartment which was on MacArthur in Shawnee. After a heavy fog set in that night, he decided to spend the night and head out in the morning for work in Oklahoma City (which is a town that happens to also have a major street named Macarthur --little c).

The fog had not lifted much in the morning. Heading for work, a man in a Ford F250 was going the full 55 mph speed limit ...in the fog. As the man approached an intersection on an unfamiliar road, he could not see the stop sign in the fog and slammed into Jake's car. He “T-boned” Jake on the driver's side. We would later find out that the bumper of the man's truck actually hit directly into Jacob's head rest.
Kaylee called us. We called My sister and brother-in-law in Edmond. They were closer in distance to the hospital so they took off to get to Jacob.

There was a quiet panic in our car. We hadn't known where to look for Jake. We had the right name of the street...only...the wrong town. We missed him by searching in the wrong place. We had only a little information. Once we understood where he was, once we had the truth... we at least had some measure of peace. We could now head in the right direction.

Jacob belonged to the Lord. Jacob was a child of God. Jacob was our son at least for the time God placed him in our care and we were the stewards of this wonderful human being's life. What a privilege.
We began praying out loud for healing. Even though God promises to never leave us or forsake us...we don't always know what He will allow in our lives.

We prayed God's will, his favor, his mercy. "Please...please don't take him from us" I pleaded.
In my mind I wondered if I would need to make funeral arrangements...but I only had to wonder momentarily...

Richard's phone rang. It was the emergency room Nurse. “Mr. Lonsinger, someone needs to talk to you.”
I think I could hear Richard's heart pounding. Then, he put the phone on speaker...the voice on the other end said:

By God's mercy, Jake was alive. After being knocked unconscious, suffering a severe concussion, bruising on his entire left side, a shoulder that was going to possibly give him trouble from now on, some teeth that were cracked and a bruised jaw...Jake was alive.

His sense of humor was in tack as the nurse shared a few cute answers he had given during his assessment when he woke up from the accident.

Dana and Shawn got there right away and later that same day, Jake was released into their care. They took him to the temporary spot where his car had been taken. The car was totaled.

When they arrived, a man was cleaning out a few personal items from a Ford F250. He was still shaken and in tears. He walked over to Jake's car where Shawn was trying to get Jacob's wallet and one of his shoes and a few items which were misplaced during the wreck.

They took the man to the car where Jake was resting and showed the gentleman that Jake in fact was perfectly alive and recovering. The two shook hands. The man smiling and relieved asked Jacob, "How? How are you okay?" Jacob asked the man if he knew who Jesus was. The man replied, “Yes, Yes I'm a Christian.”
Smiling, Jake said, “That's how.”

We all met back at my sister's house in Edmond where Jake would stay to recover for a few days.
The next morning as I was making breakfast. Jacob smiled and said, “ Mom...did you see my car?” “No, Jake, I haven't seen the car yet.” His uncle Shawn showed me a picture from his phone.
The door was smashed so far into the car that the steering wheel was in the middle of the dashboard where the console had been. There was a streak of blood across the airbag on the passenger side of the car where it looked as though Jake had been drug out of the car.
He somehow was found in a ditch in the snow face up.
Jake continued, “Ya know...it just dawned on me that you should be making funeral arrangements...but instead...you're making me pancakes!”

Oh how great the Father's love.

The peace Richard and I experienced if even for a brief time in the car before we knew the fate of our son...was real. The unknown was also real. Do you trust God even when you don't have the answers?

How great is the Father's love for you. Some of our stories don't end with this outcome. Many have lost their loved ones and wonder if that means God was not merciful or good.
He has promised never to leave or forsake (forget) you if you are HIS child.
I believe God is good, All the time.

38For I am sure that neither death nor life, nor angels nor rulers, nor things present nor things to come, nor powers, 39nor height nor depth, nor anything else in all creation, will be able to separate us from the love of God in Christ Jesus our Lord.


With the right information we were able to find Jake.

Do you have the right information about finding the ONE TRUE GOD? Do you know how to find out if God, The God of the Bible is real? He sent His son, Jesus Christ, to save you. Are you lost? Have you been seeking help in the wrong place? Have you looked in bars, in an affair, in false gods/idols or false teaching or by trying to be 'religious' ?

Do you listen to "another gospel"? One that doesn't claim that Jesus was the son of God sent to die on a cross to bear your sins so you may have eternal life...or does not teach that He was buried and resurrected on the third day according to scripture? 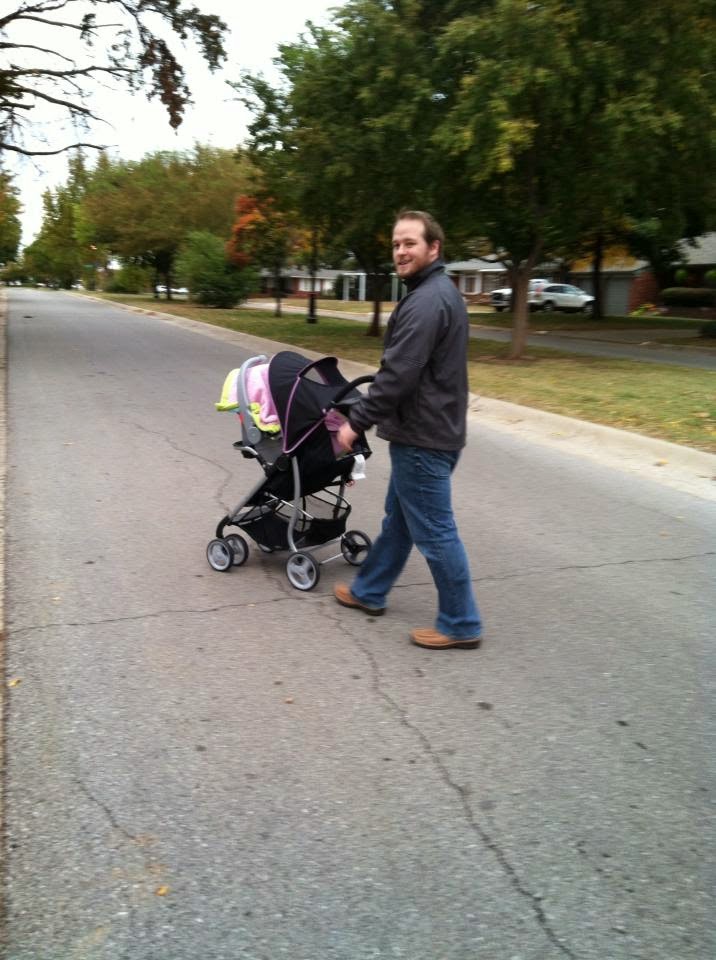 I am happy to tell you that Jacob has since recovered, met and  married his beautiful bride Adrianne and they are the loving parents of a precious one year old daughter.