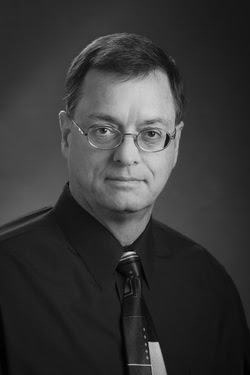 Something To Ponder
by Paul Spite


The second chapter of Luke tells us Mary pondered all the supernatural events surrounding the birth of Jesus and kept them in her heart. A once popular song asks “Mary, Did You Know?” Did she really know what miracles her child would perform? I wonder if she meant to trade her personal relationship with God for personal satisfaction.

Other than one incident, scripture gives us no indication the life of Jesus was anything besides ordinary for his first three decades. At the wedding in Cana though, there was a pressing need for more wine. Mary became impatient. She had been pondering way too long and demanded her son to deal with the problem. Obviously not bothered by the lack of drink, Jesus told her it was not yet time for him to act thus.

Ignoring Jesus, Mary gave the servants timeless advice we could all use. “Whatsoever he (Jesus) saith unto you, do it.” He then did what only God could do to meet a need. He changed part of creation from one state to another. She finally uncovered the God she knew He surely must be and lost her son in the process. She had her needs met, but lost her relationship while doing so.
We are not told what Mary was thinking. Perhaps thirty years of suspected infidelity finally took its toll. Perhaps her personal pride at having given birth to the son of God needed to be made public. Perhaps it was just typical parental impatience at a child failing to live up to his potential.

I personally think she just failed to ponder long enough. I am sure she knew Isaiah’s prophecy that “JEHOVAH is my strength and my song; he also is become my salvation.” She definitely knew Jesus had been given for the purpose of saving His people from sin. As a Jew, she surely knew life was in the blood, and without the shedding of the blood in their daily sacrifices, there was no remission of sin. I think she failed to think it through, that her son’s actual destiny required His blood be shed to remit the sins of His people.

I wonder, had she pondered longer, would she have spoken at the wedding? She received vindication and they received wine, but what a loss. We never read again of Jesus acting as her son. As God, once His power became known, there were too many other needs to be met. At one point, He declined to come out of a meeting to speak to His mother and brothers, denying their relationship. One of Mary’s last visits with her boy came when He was writhing on a tree of crucifixion.

I think we also trade our relationship with God for our satisfaction. I know beyond the shadow of a doubt, I was created to be an eternal companion to a once lonely God. There is joy, peace, and beauty in my relationship with God and in His presence. It should be enough to have God completing me spiritually, but I have other pressing needs. Sometime I just want Him to give me what I need, that only a God can supply. Because He loves me, He supplies. But what does it cost me in terms of our relationship?

I wonder if God ever whispers, “What about me? Whatever happened to the whispered talks late at night, the praises you used to bestow on me and the delight you took just being with me?” I wonder if God ever misses my first love. How I felt before my needs became the most important part of our interaction.

Sometimes, we do the same thing in our relationships with those we love. We are given earthly partners to ease our loneliness and complete us at the level of our souls. In those relationships, there is joy and peace and beauty. It should be enough. But we also need housekeepers, launderers, chauffeurs, gardeners, providers, mechanics, babysitters, and so on. Time passes. Our lives fill up with our activities in the meeting of needs, instead of one another and the meeting of our souls.

I wonder if anyone else ever whispers, “What about me? Whatever happened to the whispered talks late at night, the compliments you used to bestow on me and the delight you took just being with me?” I wonder if anyone else misses their first love. The one before daily needs and tasks became the most important part of our interaction and relationship took a back seat.

Is God really concerned about such things? In one incident, His friend Mary chose to sit and talk with Jesus while her sister Martha worked hard accomplishing tasks. Jesus responded to Martha’s rebuke of Mary by telling her what Mary had chosen to do with her time was needful. Who needed to know they were appreciated and loved? It was the physical manifestation of God on this earth.

So I wonder. If God never met another one of my needs, could I still love Him for who He is? Could I just respond to His hunger for me with my time and my attention? Could I forget my personal and unstated definition of God as a being who exists to serve me, long enough to let this lonely God know I just enjoy being with Him? And I wonder what my relationship with God would be at this point, had I remained focused on enjoying the relationship I first found with Him. I don’t know. I don’t think Mary did either or she would never have spoken.

But I ponder all these things and keep them in my heart.

THE GAME OF LIFE by Author Paul Spite
The first in the series "Power of A Pawn" is coming out this month available to you by ebook.
Paul and Sally Spite 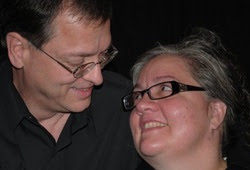