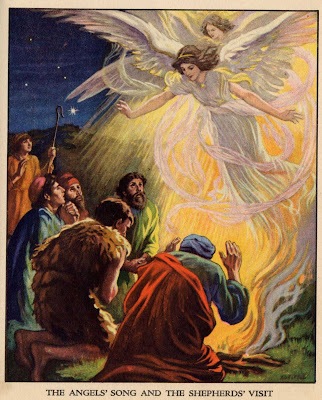 There are so many who claim to speak for God these days. I’ve been guilty of it
myself. But so many conflicting messages can’t possibly come from one Author who
never lies. So who does speak for God?
We have some direction from God on whom to believe. In the Old Testament,
God spoke to His people directly, through divine messengers called angels. He also
communicated through prophets, even sometimes through nature. In the New Testament,
His church was given the five-fold ministry. But in the transition between the New and
the Old, at the change between Grace and Law, at the turning point of time, God sent
divine messengers again. Resounding down through countless celebrations of the birth of
a Savior are the messages from the angels.
Listen closely to what they never said.
Listen while they speak to Mary in the first chapter of Luke. The joyous news is
proclaimed of her selection to be the mother of Jesus. She has found favor and will give
birth to an eternal King. The Holy Ghost itself will overshadow and impregnate her. And
all of this will happen, though she has never known a man.
But the angels never said, having God inside her would be easy. They just said
delivering salvation, to a lost and dying world, would bring her blessings. They never
said what was inside her would be well received. They never warned her that her heart
would be bound to what she delivered. It would be broken, as what she had to give was
ultimately spit upon, trampled underfoot, and mocked. When she risked her life to bring
salvation, the angels never told her the vast majority wouldn’t care. Make no mistake, she
did risk her life.
In Mary’s time, being espoused to one man but giving birth to another’s child
was a probable death sentence. So hear what the angels say to her wronged fiancé. Listen
as they tell Joseph, in the first chapter of Matthew, that God Himself had usurped him.
He was not to fear taking Mary as his wife. She was faithful, and had always been so.
There was just one thing. Contrary to Jewish custom, the son to be born was not to bear
Joseph’s name. It was not his child.
The angels never told Joseph, that any other name would suffice. If he wanted to
speak to God, regardless of God’s age, he’d have to do so using the name of Jesus. If he
needed help, He could ask Jesus. If He wanted to know what would happen in time to
come, he would need to speak to Jesus. He never really had a right to claim the boy as his
son. But he was given the right to call him his Salvation.
To the shepherds awake in the night, came a heavenly host. Listen as they speak
to guardians of the flock in the second chapter of Luke. These were the first to hear of a
possible end to sorrow. They were told where to find God and how to identify him. To
them, it was revealed that a manger filled with hay would be the first king sized bed.
But the angels never told shepherds, they had brought them great joy. No indeed!
They came only with tidings of where and how great joy could be found. The end to
sorrow had been forever made available that night. But the shepherds had to leave their
comfortable surroundings, surrender their sleepless nights, and go find it. They had to
leave behind what gave them their identity and get themselves into the presence of God.
The great joy was not found where they normally existed.

Sin within us, always has and always will, cause us to fear what is holy. The
prophet prostrated himself before God to cry, “Woe is me, for I am a man of unclean
lips.” We identify, for we all have sinned and come short of the glory of God. So men
of old came trembling, as we come trembling, to extend the wreckage of our lives as an
offering to a pure God. We know our lives are unfit to offer a King, but it’s all we have.
So a lonely God came to our world to reconcile us to Himself. He came to create
a cover for what offends His holiness. He offers to cover our nakedness with righteous
blood. Since He came, we can now ask. Now that He’s been here, He can now be faithful
and just to forgive us our sins. All that hope, and all that blessing, was contained in words
His messengers failed to utter long ago.
You see, the angels never told anyone, they would ever need to fear God again.
Because of that night, we can now come boldly before the throne of grace. If we listen
close, we can hear the angels’ words once more.
“Fear not!” 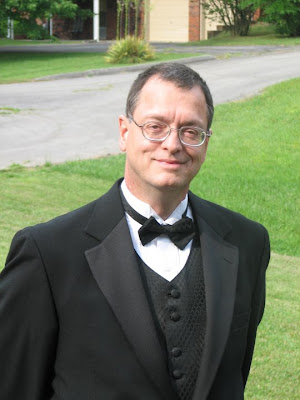 Read Paul's latest Publication on ebook "The Power Of A Pawn" and following his series The Game of Life on Facebook.