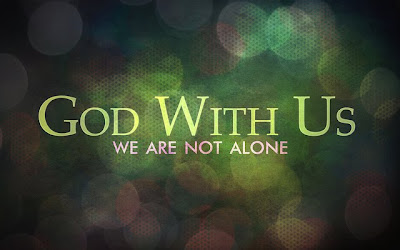 As I pondered today what to share with our friends in the A G A M community the question "Christmas is over, What next?" came to my mind. I realized that for some, this was NOT a MERRY Christmas. Divorce has hurt some of our friends. Loss of life has touched our family. People are worried. Finances are unsure. The economy is unstable and our government(s) are in many cases failing us. How do I turn so suddenly from the joy of the babe in a manger, to the reality that some of us can't afford diapers right now?

So, since this is an encouragement ministry based on truths found in scripture...how does any of this stand to encourage or inspire you to trust GOD?

I found in my notes a passage from a Wonderful writer and Evangelist Sherwood Wirt. Wirt wrote this in Decision Magazine in the 1970's. It could have been last week's edition based on the similarities. This was Wirt's account of what the first Christmas' climate (political) would have been.

"The people of that time were being heavily taxed, and faced every prospect of a sharp increase to cover expanding military expenses. [Does this sound familiar?] The threat of world domination by a cruel, ungodly, power-intoxicated band of men was ever just below the threshold of consciousness. Moral deterioration had corrupted the upper levels of society and was moving rapidly into the broad base of the populace. Intense nationalistic feeling was clashing openly with new and sinister forms of imperialism. Conformity was the spirit of the age. Government handouts were being used with increasing lavishness to keep the population from rising up and throwing out the leaders. [How contemporary!] Interest rates were spiraling upward in the midst of an inflated economy. External religious observances were considered a political asset, and abnormal emphasis was being placed upon sports and athletic competition. Racial tensions were at the breaking point. In such a time, and amid such a people, a child was born to a migrant couple who had just signed up for a fresh round of taxation, and who were soon to become political exiles. And the child who was born was called, among other things, Immanuel -- God with us -- the Goel, the Kinsman-Redeemer."

There....there it is. The encouraging truth that GOD WITH US, Jesus, Immanuel, Yeshua Ha-Mashiach....Is....and will always be....my/our Kinsman-Redeemer. No matter what the political climate, the state of my checking account, the corrupt society, the heartache or difficulty if I have placed my faith in the truth that HE is LORD and Savior...He promises to be with me.

I know that my redeemer lives, and that in the end he will stand on the earth.

May you have a very blessed and Merry (which really means Mighty) Christmas and Post Christmas time.

I love you each and you are in my prayers. We, at A Gentle Answer are committed to praying for you and your concerns. Please let us know how we can best pray for you this season.